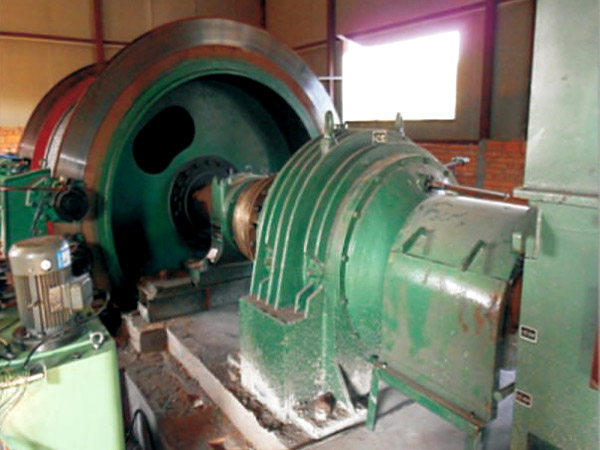 1. Introduction
In view of the shortcomings of most of the domestic mine hoists, AC winding motor rotor string resistance speed control, high failure rate, large maintenance workload, poor control performance and serious power waste, the use of frequency converter speed regulation will become a trend.

2. the characteristics of traditional mine hoist
Conventional mine hoists generally use a series circuit of rotor loop resistors, which use the disconnection and closing of the contactor to achieve step-by-step speed regulation of the motor. This control method has the following obvious disadvantages:

1) The series resistance speed regulation belongs to the pole speed regulation, the starting impact is large, and there is a speed jump in the speed switching, which is easy to drop, and the danger is high, which seriously affects the production efficiency and the safety of people's lives and property, especially when transporting. When people are.

2) the use of string resistance speed regulation is a serious waste of electrical energy on the resistance, the lower the speed, the more wasteful; when the object is placed, the motor is in the power generation state, which is a waste of energy.

4) The stability is poor and the speed changes with the load.

5) the starting torque is not enough, especially in the slope can not be restarted, the need to put the material to a stable place to start, seriously affecting the production efficiency.

3. V&T Inverter Mine Hoist Control Integration Solution is an integrated solution for mine hoist control. It has obvious advantages in driving the motor:
1) Adopt advanced DSP chip and excellent vector control to match the power required by the hoist and the output power of the inverter;

2) the starting current is small, the starting speed is stable and no impact, greatly reducing the phenomenon of drop

4) Low maintenance workload. There is no need to replace the contactor frequently as in the conventional solution, which greatly reduces maintenance costs;

5) a wide range of speed adjustment. It belongs to stepless speed regulation. The motor control is stable during acceleration and deceleration. The hand feel is soft when speed regulation, which improves the reliability of the system. At the same time, there is no heat of string resistance, which greatly improves the working environment of the operator.

8) It can be used perfectly with mechanical brakes and safety circuits. When using mechanical brakes, the inverter will not experience overload and over-current, and it can automatically realize mechanical braking in the event of emergency or power failure. Safe;

9) The production efficiency is greatly improved, the stability is high, and the speed does not change with the change of the load;

11) The rising and falling processes are interlocked, and it is not easy to have operational errors;

12) When the speed is high, it is not possible to change the running direction casually, to prevent the inverter from automatically stopping or reversing due to the accidental hitting of the signal light during the running;

13) Do not change the original operating habits;

14) Support the switching function of power frequency and frequency conversion;

15)The operation panel has a parameter copy function, which greatly reduces the workload of debugging and maintenance. 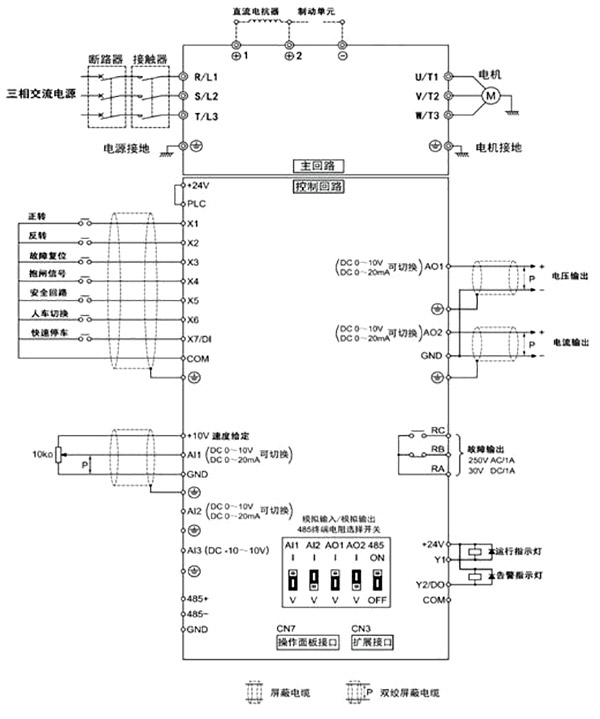