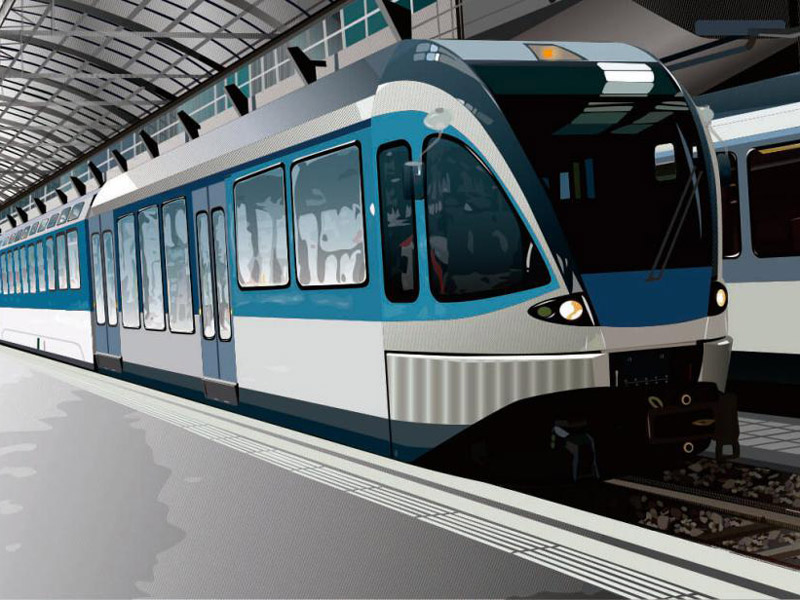 It is expected to open in 2020. On this subway line, there are 20 stations and 9 transfer stations. The Middle East bridge station and future technology city station are the two most special ones for lanhai huateng. As a result, the electric automatic control system of bridge grab crane designed by V&T and zhongchuang minghui company has been successfully applied in east daqiao station and future science and technology city station, and has been well received by customers.

Grab crane
Grab crane refers to the grab crane, is a kind of automatic fetching machinery, its grab and unloading material action is controlled by the ship unloader driver, do not need auxiliary personnel, thus avoid the heavy labor of workers, improve the efficiency of loading and unloading. Bridge grab crane for bulk and granular materials, mainly used in grasping soil and coal and other occasions.

Grab crane electrical system
The electric control system of the bridge grab crane, the control of the opening and closing of the grab elevator is firstly sent to the PLC by the operation console, and then the PLC comprehensively judges according to the parameters of the current, torque and speed of the two motors. The control inverter gives the optimal relative running speed and torque, ensuring that there is no scene such as rolling, spreading, etc., achieving fast, accurate and efficient semi-automatic operation of the grab. When the human is mishandled, it may cause the grab to open when lifting. At this time, no human correction is required, and the low speed 1 and 2 gears are normally lifted, the grab will gradually close itself, and the normal speed can be operated at the highest speed after ten seconds, greatly reducing the operator's work intensity and the operator's operational skills and responsibilities. The heart requirements are also greatly reduced.

The speed of the grab elevator opening and closing is divided into 3 files. The auxiliary hook, cart and trolley motor are directly controlled by the operation console, and the speed is 4 files. The speed changes smoothly, the operation is stable, the low speed performance is stable, and the starting current is small. Even with frequent start and stop, the heat consumption of the motor is reduced, extending the life of the motor. The main frequency converter and the large and small frequency converter adopt the DC common bus method to reduce the number of cabinets used, thereby reducing the customer procurement cost.

With its superior soft start and smooth speed performance and perfect protection function, the inverter can provide favorable conditions for the reliable operation of the “bridge grab” drive system. The PLC control inverter control scheme can make the crane speed control more safe. Accurate and effective, the most important thing is that the operator can see all the control status of the system from the touch screen. When the system goes wrong, the maintenance personnel can directly see the fault point, including the specific fault information of the inverter, so that the problem can be quickly eliminated. Shenzhen V & T Technologies Co.,Ltd is a domestically experienced and efficient inverter R&D, testing, production and marketing team, and its successful application of the bridge-type grab crane electrical automation control system designed by Zhongchuang Minghui Company. It shows that V&T's products are indeed very reassuring in the special field, and the pride of the domestically produced inverter brand.